The level of map details varies according to the map area. As OpenStreetMap project depends on its internet-connected contributors some less internet-covered parts of the World are not properly mapped. 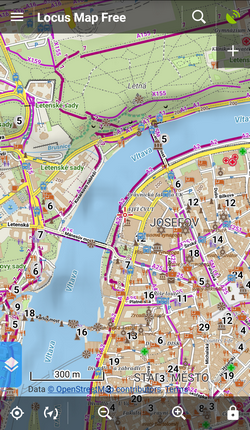 LoMaps can be purchased in

Locus Store that is accessible by two ways:

When you find your desired map, select it and the map information screen appears. It contains important information about date of the map update (LoMaps are updated approx. once in two months) and its size in MB before and after unpacking. To start downloading just confirm the purchase.

Purchased version of a LoMap can be downloaded repeatedly for period of its availability in the Store. When the particular version is not available any longer, it is possible to download next oldest available version of the LoMap for free.

Purchased maps appear in Offline maps tab of your Map Manager in folders sorted by country.

First three LoMaps (various ones, not one LoMap and two updates) are available for free. Then the maps are purchased for virtual currency LoCoins that can be purchased via Google Play in-app billing. More about Locus Map purchasing options see here >>

You can download your purchased LoMaps from the server as often as you like for the whole time of its availablility. When your LoMap version is not available any longer, you can download the next oldest available version for free again.

Only if you need the newest LoMap update, you have to buy it. The fee is symbolic, e.g. whole California can be obtained for cca 0,7 USD.

Locus Map does not update your purchased LoMaps automatically, it is always up to you. Check for your updates in Locus Store > User Profile > Check for updates. The updates are divided into two categories: 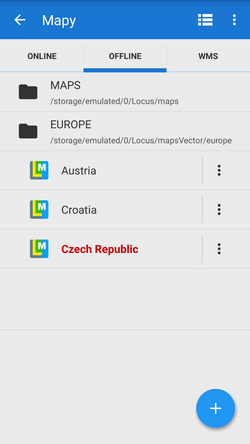 To open the map just tap it. If your position is out of the map, select Center map from the Map menu. 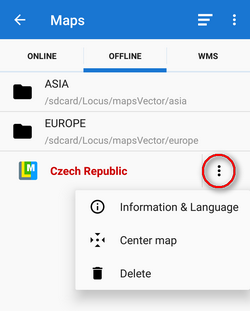 To delete the map from the list and from your phone, select Delete from the Map menu. To display the map information window select Information&language from the map menu: 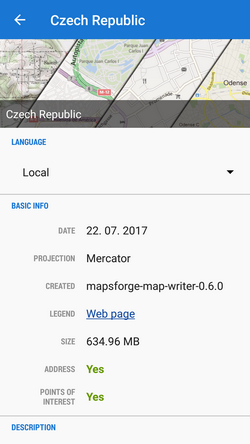 The window contains a general overview of the map type, map language switch and following information:

LoMaps can be switched into following themes:

Each vector (or other) map that contains themes or theme layers activates option to switch these themes. There are a few ways how to do this:

All these methods display the theme menu: 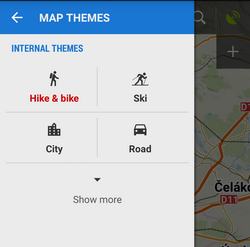 Here you can select the map theme - internal or external (custom). Some themes contain also switchable layers of specific datasets. This way you can fine tune your map content: 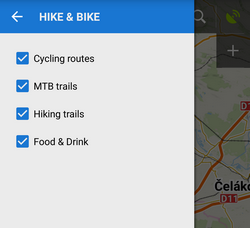 Names of cities, towns and villages in exotic destinations can be sometimes difficult to read for Westerners: 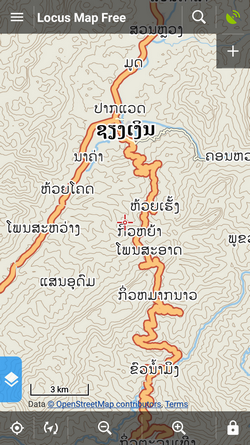 OpenStreetMap data, therefore, contain transcription of local names in English (or sometimes also other languages). The language switch can be found in a LoMap detail screen: 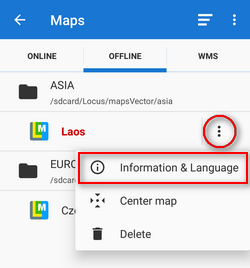 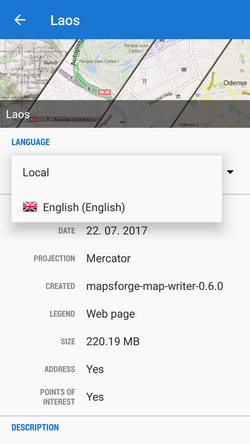 Open the language menu and select language you understand. Not all names are transcribed, it depends on activity of the local OSM mapping community. The same map with English-transcribed names 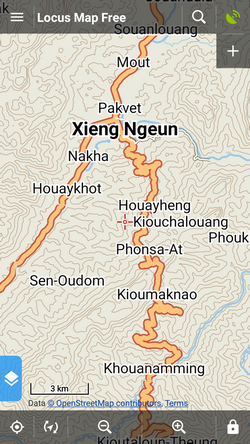 Table of LoMaps symbols can be found here >>