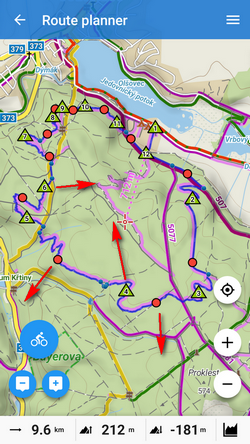 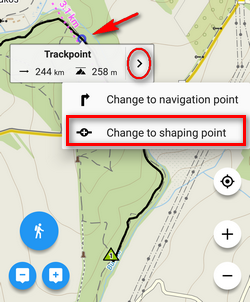 Trackpoint changes into a shaping point and a new auxiliary point creates in between: 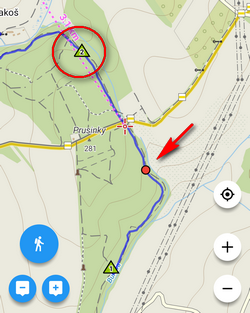 Navigation hints are added to Locus routes automatically (it can be switched off, see here >>). They are displayed as tiny blue dots in the line. When you move cursor above them, the navigation hint appears: 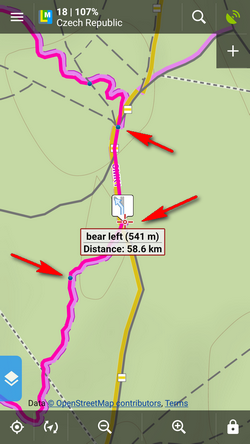 Sometimes you may want to correct these hints: 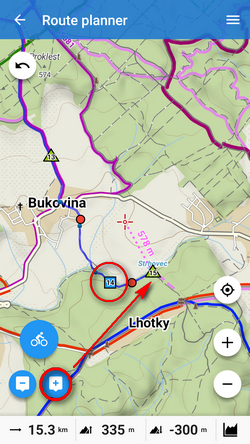 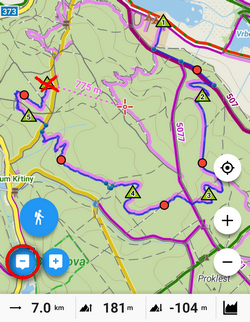 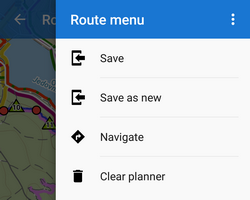 Some edits do not make changes in the route plan but rather repairs of recorded tracks. These can be edited in Track editor: 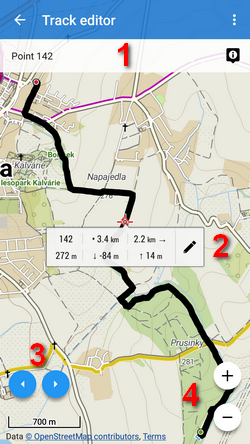 Track editor can be launched from the map screen: 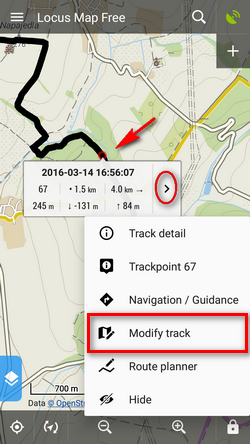 or from he track detail screen: 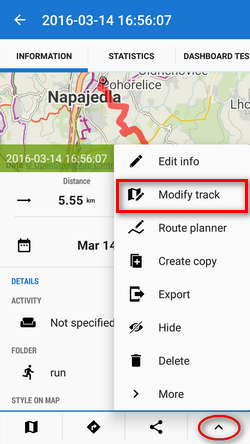 Sometimes weak GPS signal causes deviations in track recording. This way you can cut the deviation out of the line:

Sometimes you import a hiking route including a part driven by car to the trail head. To delete such part, use

Delete all before tool:

Sometimes it happens you forget to stop track recording when arriving from your trip to the train station and the recording goes on in the train. You need to remove the train part:

Imagine you record your running workout and for some reason you have to use the street bus in the middle of it. You actually forget to pause the recording. Afterwards, you need to erase the bus part from your track and leave the space empty.

Remove gap from the tool menu

You can split track in two or more parts e.g. when you have multiple day track recording:

Trackpoints are basic particles tracks are made of (resp. routepoints are particles of routes). Track/route editor enables also edits on this miniature level - e.g. when automatic route drawing makes mistakes: 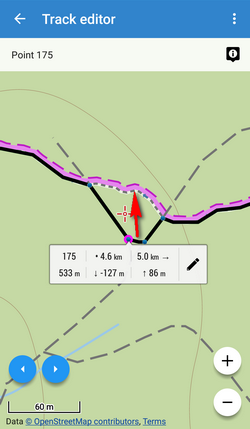 Sometimes it happens that Locus receives wrong coordinates of one trackpoint from GPS during recording which results in a “tooth” in the track. This can be easily removed by deleting the invalid trackpoint.