A file manager opens with tabs displaying available drives - local, Dropbox (if installed), Google Drive (if installed) and a field to fill in a URL of a remote file. Importable files are in full color and are clickable (more about supported formats see below): 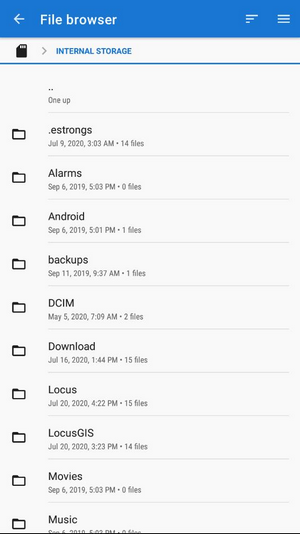 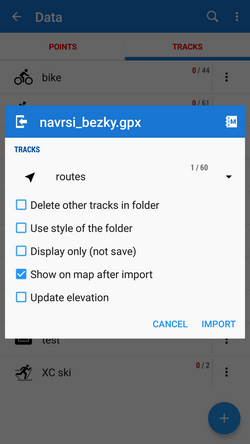